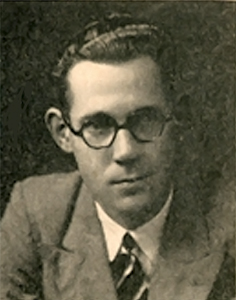 Adam Hill started in business in Padiham, Lancashire, at the young age of seventeen. Adam, although born in Rochdale in 1914, had been brought up in Padiham and started by repairing bikes and business grew until, by 1933 he was building the all chrome racer – “ to the envy of other manufacturers ”. 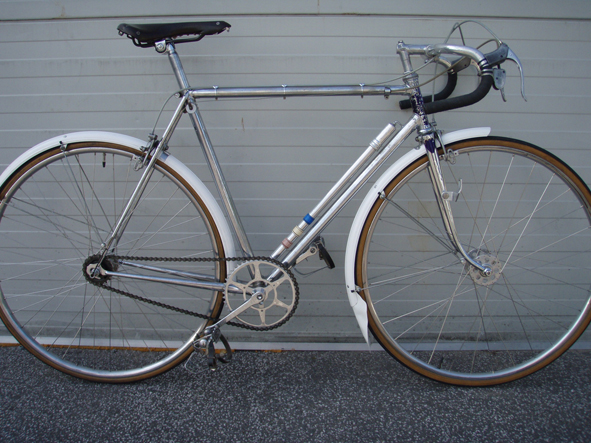 In 1936/7 Adam studied metallurgy at Manchester and this knowledge was put to good use in the business and during the war when he worked in the aircraft industry. Plans had been made for Adam and his brother Tom to go into partnership and the company Hill Brothers Cycle Engineering was formed just before the war. However the partnership never came into being as the two brothers followed different courses but Adam retained the company name which was used through the late 1940s, and 1950s.

After the war premises were obtained at 22 Burns Street close to the family home at no 28 and a neighbour, Ron Dicken, joined as frame builder and finisher. Ron was particularly skilled at the hand lining which was a feature of many post war frames. On Saturdays Ron would take the company van round the country delivering completed frames to dealers. Another employee, but no relation, was Billy Hill who was a considerable innovator and who helped to increase the technical expertise on which the company’s reputation was founded. 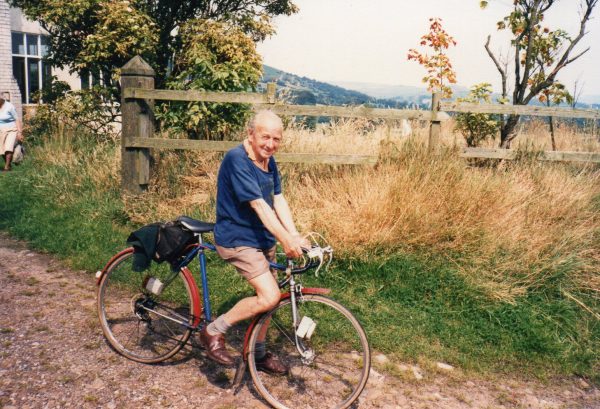 Adam exhibited at the post war cycle shows at Earls Court from 1948 onwards and the company flourished because of the high standard of workmanship which was reflected in the “Rolls Royce” pricing of frames and bikes. Adam was also a founder member of the Lightweight Cycle Manufacturers Association which was set up to give the smaller, specialist, frame builders a stronger marketing platform against the large mass production firms.

Three storey premises at Eccleshill Street were obtained and named The Clarion Cycle Works. They were so called because of Adam’s membership of the then flourishing Clarion Cycle Club which boasted sections in each of the Lancashire Cotton towns, as well as hundreds of sections nationally. 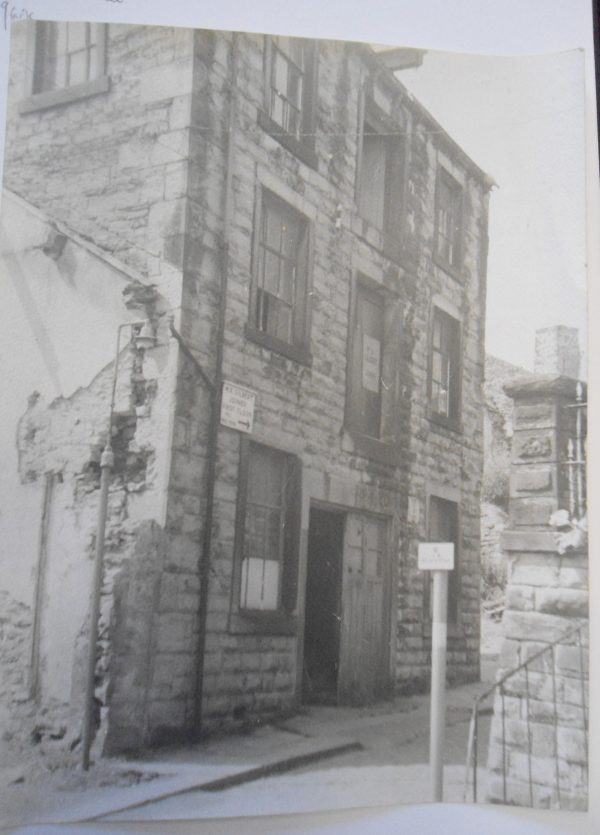 An aside to this story is that number 22 Burns Street became the original factory for Smiths famous potato crisps!

Production and sales grew with yearly production running into many hundreds. Many of the “cracks” of the pre and post war years could be seen on Hill Specials – particularly the Road Path model.

Ken Hartley “The King of Brock” 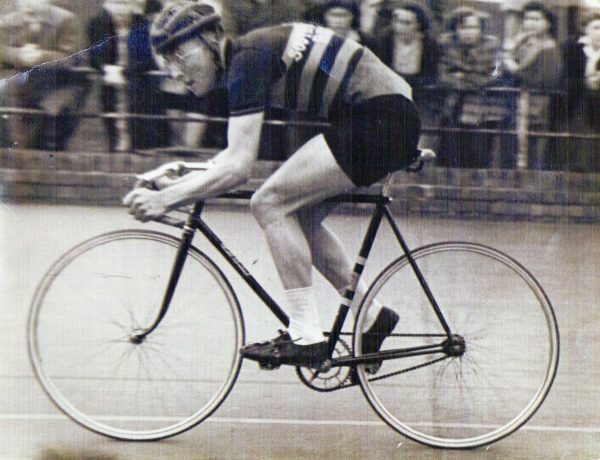 Ron’s son remembers Reg Harris coming to collect a blue and white frame which his dad had written Reg’s name on the top tube, this was one of a number of frames made for Reg who lived down the road at Bury. 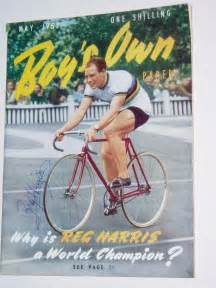 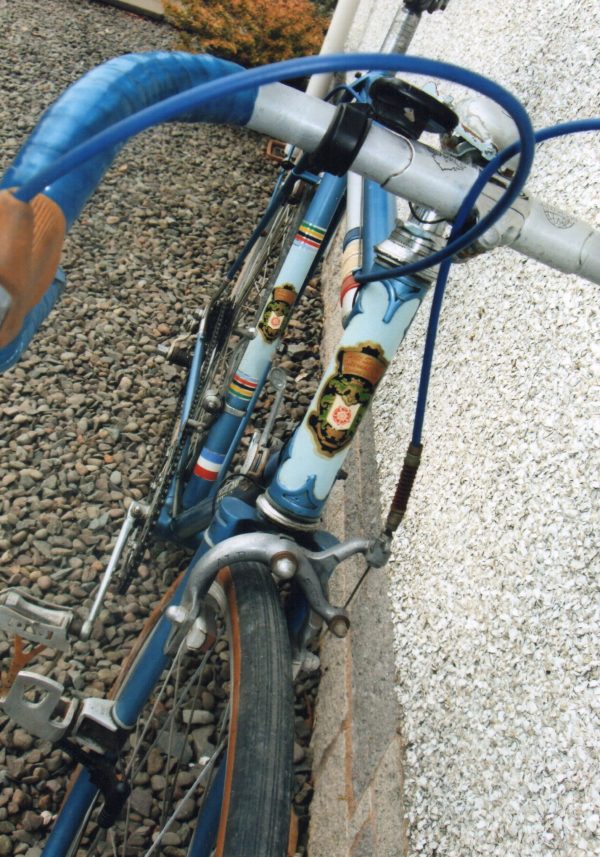 Some all welded frames with lugged bottom bracket were produced as were some frames with short 4” reinforcing struts between seat tube and chainstay. Until the improved availability of Reynolds 531 the quality of post war tubing was variable and often strengthening features had to be built into frames. 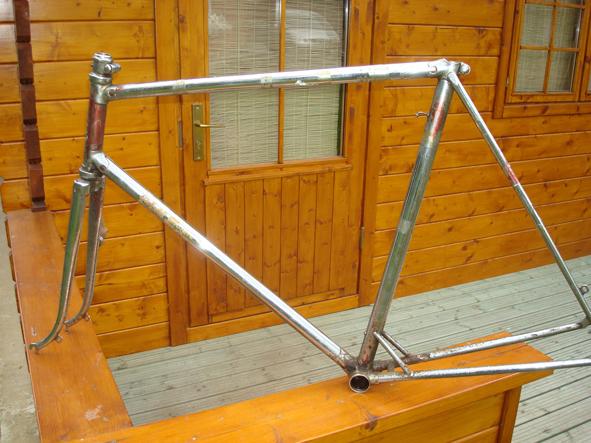 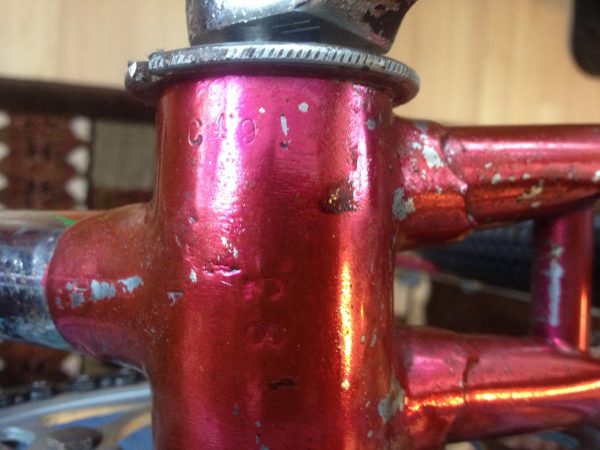 An identifying feature of Padiham frames is the distinctive “wrap round” where the rear brake bridge was extended to form an extension round the seat stay. Another feature was the large number of the distinctive fully chromed frames that were produced – money no object! – with elaborate spearpointed flamboyant overspray at the tube junctions but leaving the lug chrome exposed. To produce these the individual tubes were polished after cutting and mitreing and, whilst this helped the plater to produce a superb finish, it certainly put pressure on the frame builder to produce at tidy job! Sadly few of these frames remain with the overspray and transfers in place. 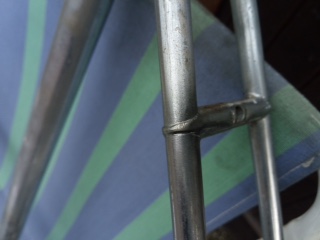 Down tube transfers took various forms with an arrow pierced Hill Special being an early version, followed by a script design with later on plain black and white blocks. The original head and seat transfer read Hill Bros but soon an elaborate crest based on the Padiham Town Coat of Arms was developed with the motto “Virtutis Fortuna Comes” – “Fortune, the Companion of Valour”. This was later modified for Blackpool production with a central red rose on a white background replacing the more elaborate coat of arms used at Padiham.

In the 1950s Adam bought the rights to the Merlin name from Ernie Merlin and these were produced alongside the Hill Special range.

Adam also opened a retail shop on Padiham Road, Burnley, where complete Hill Special bikes were sold alongside the normal range of cycling accessories and spares.

This was a short lived venture as cycling was in decline and Adam briefly turned the shop over to Gents Outfitting. After this he spent a time as Chief Inspector at Main Gas at Padiham.

Following the recession in the cycle trade in the late 1950s Adam heard that his friend Claud Butler was in financial difficulties and drove down to London and purchased the tools and the goodwill of the business from him. It is possible that Adam also bought the rights to the Saxon name as some twin tube frames were later built but the current ownership of this name is not know.

Unfortunately, the Hill Brothers business was itself in difficulty and a meeting of creditors was held in 1958 to review the situation. It is a comment on the creditors regard for Adam that they asked that he should continue in business and repay money from future profits but Adam, who was not enjoying good health, could not face this prospect and so the Clarion Cycle Works was closed and production at Padiham ceased. 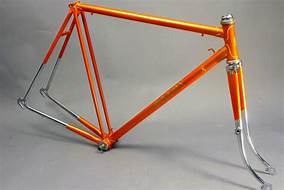 At about this time Adam sold the rights to the Merlin name to Bob Jackson who used it to produce a range alongside his own ranges.

After a brief holiday on Jersey, which had become a favourite with the family, Adam turned the retail premises over to Gents Outfitting but this was a shortlived venture and Adam moved to the Lake District where he and his wife ran a guest house but Adam’s heart belonged in Lancashire and he returned to take up a job as Chief Inspector at Main Gas at Padiham. 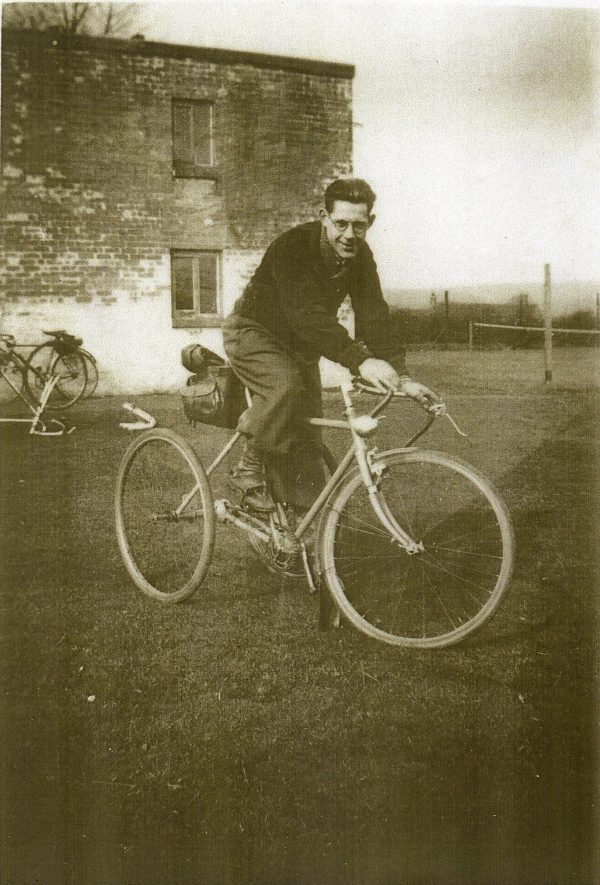 Dennis Hill, Adam’s son, who had been helping his father, had joined the airforce and his successful career included a win in the 1959 Lancashire Evening Post Tour of the Lakes. In 1978 Adam moved to Blackpool and persuaded Dennis to give up his job and with two colleagues from Harbri Engineering (a previous Hill supplier), set up a new company which started trading in 1980. Assisted by Roger Kowalski building frames – for a short while from 1980 to 1982 – the Hill Special name lived again. Unfortunately the business climate was not right for volume sales of specialist lightweight frames. Adam parted company with this venture in 1980. Following the closure of the Blackpool operation in 1983 the Hill Special name was finally sold to Jack Wright of Middridge Engineering in Stockton on Tees. 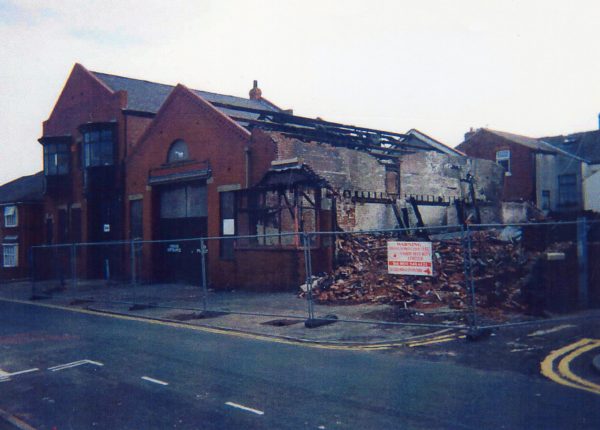 For a short while in the late 1980s Jack, in partnership with Eddy McGourley, produced Hill Specials at Pedal Sport in Sunderland alongside the Ottadini brand.

Despite much contrary advice from friends and business colleagues Adam could not get the frame building bug out of his system and made attempts to revive the frame building business in his own name by transferring the MKM business, bought from Ron Kitching, to new premises at Spring Street, Rishton. During 1981 Adam had a stand at the Harrogate Festival showing Adam Hill and MKM frames and in 1982 and 1983 a small quantity of Adam Hill frames were produced. 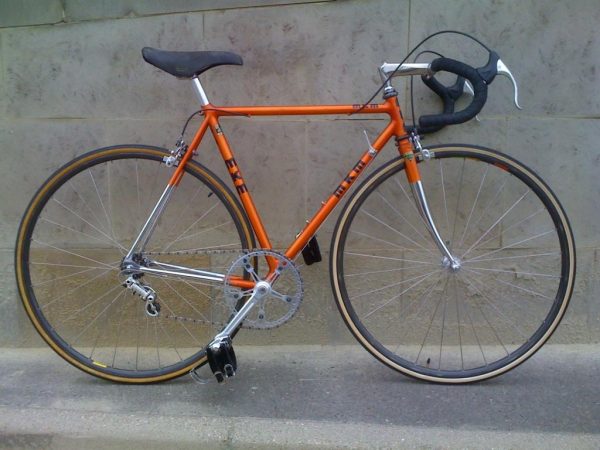 Later in 1983 Adam, helped by his daughter Marion, sold off the remaining stocks of completed frames and components, together with the frame making equipment and the spraying booths and ovens purchased from Ron Kitching to an enthusiast in Liverpool who continued to produce MKM frames for a further 10 years.

After a short and well earned spell of retirement Adam died in 1990 after a recurrence of his heart trouble.

Dennis continued to tour the continent between spells of framebuilding for various firms, including Argos, but was sadly killed in a road accident in 1998 whilst driving the camper van which had been his travelling home whilst on the continent.

Despite what must have been a large output over the years (the register of frame numbers has been lost) few examples of this first class, and well loved, Lancashire builder remain.