Some early Padiham made frames had the ‘Hill Brothers’ head and seat post transfers.

Most Padiham made frame the head and seat post transfer takes to form of an elaborate crest based on the Padiham Town Coat of Arms and the motto “Virtutis Fortuna Comes” – “Fortune, the Companion of Valour”.

1980-82 frames made at the Blackpool Works on Charles Street have a central red rose on a white background. 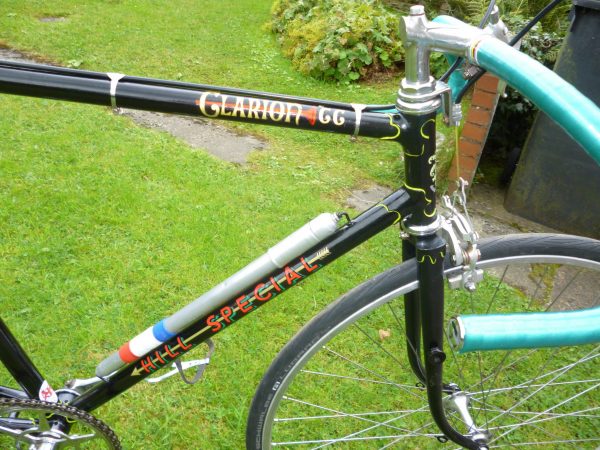 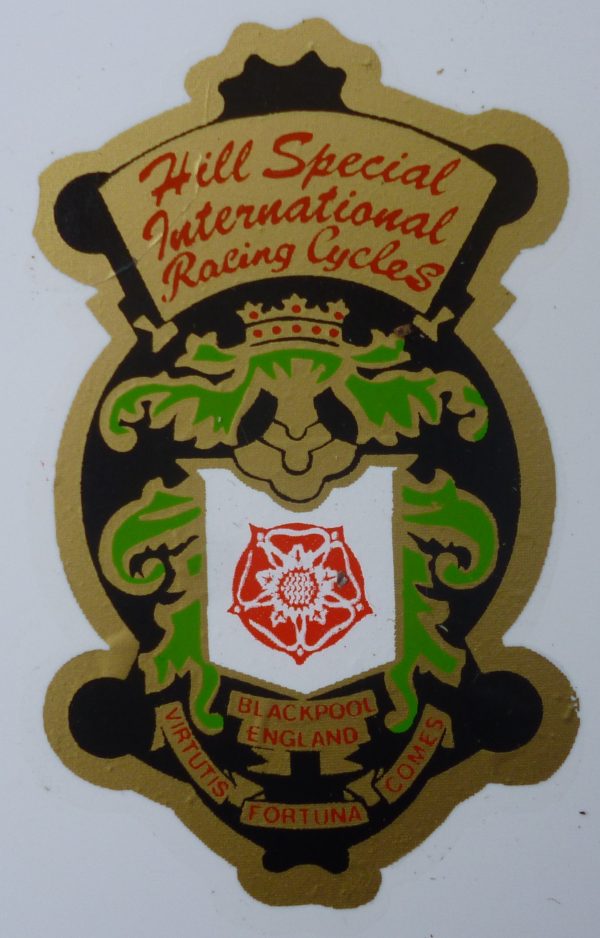 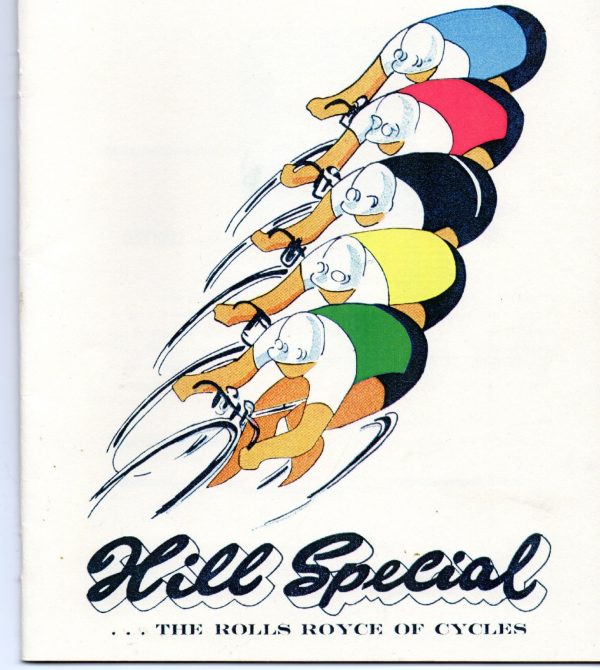 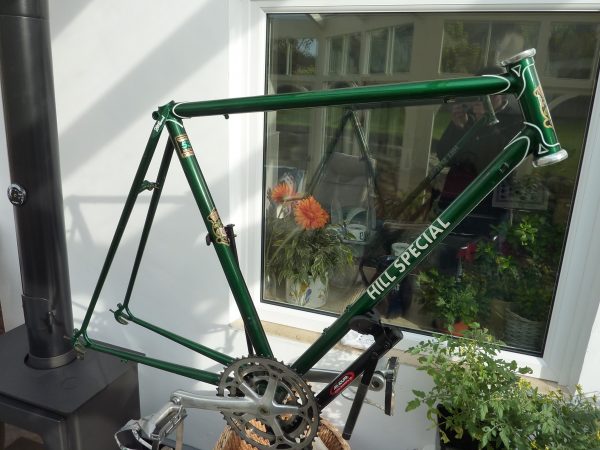 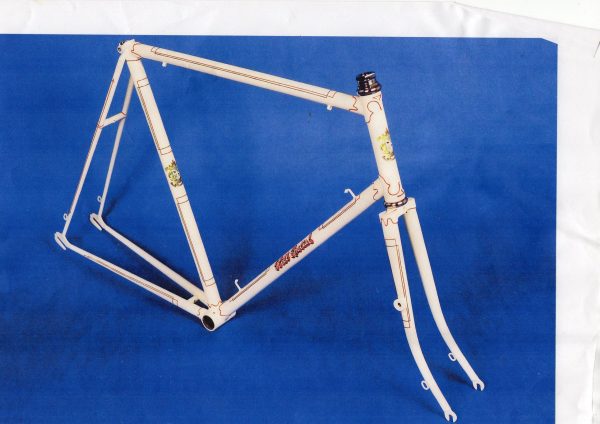